We play using Fantasy grounds and Skype, usually once per week, for 3-4 hours.

Just a note before we get to the action, this was a truncated and extremely choppy session- this due to the fact that my router saw its arse and decided to pack up working- although in slow stages. By the time the thing stopped working altogether, about two hours into the session, it had already fallen off-line two or three times. Each time we all had to come all the way out of Fantasy Grounds to log back in again- once the router started working again of course.

Then it just died- end of session.

The guys hit the streets of Phandalin, after a hearty breakfast in the Stonehill Tavern; they are the talk of the town, the citizens stopping to offer their thanks, and at times breaking out in spontaneous applause, after their heroics against the Redbrands.

Phandalin has a new lease of life.

The guys are also strutting a little because they have all gone up a level (except Hellwhip who has missed a few sessions)- they’re like the lords of all creation, walking on air.

The adventurers go for a wander. 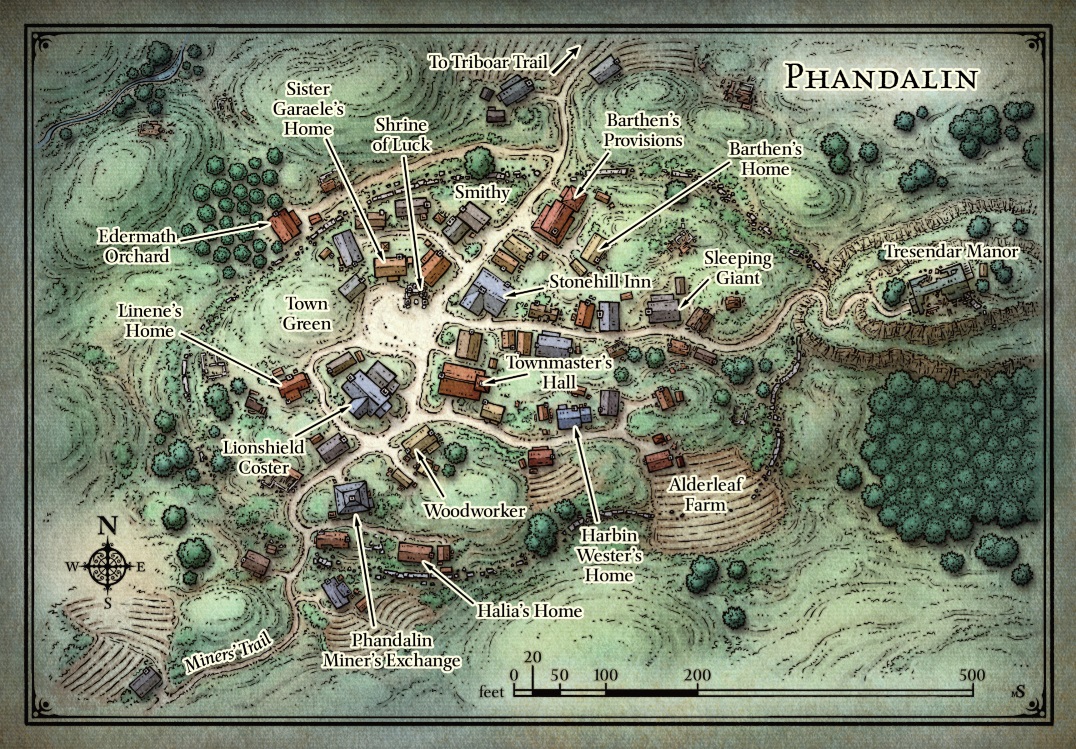 Grimm and Zyler meet up with Sister Garaele, the Priestess of Tymora; as it turns out the good sister was lying to our guys previously when she said that she hadn’t been beaten up. It turns out she was in fact attacked by Goblins en route to Conyberry, a ruined village two days down the Triboar Trail, she only just escaped with her life. 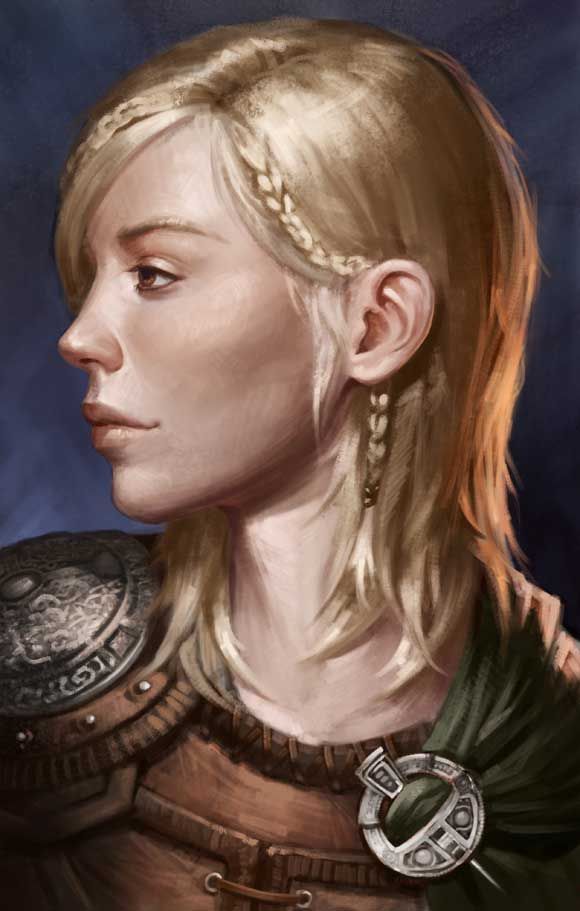 It seems Sister Garaele has been charged by her superiors to go to the lair of a Banshee named Agatha, located just outside of Conyberry- in the Neverwinter Woods. Garaele has been asked to talk to Agatha and ask her about the location of a long lost spellbook of a legendary mage- Bowgentle; obviously Garaele was not up to the task- much to her chagrin. She therefore inquires of Grimm and Zyler, and their compatriots, the Priestess will make a clutch of Healing Potions for the guys if they would undertake this task. The holy duo agree to the venture- Grimm stating he will do it alone if his colleagues refuse… Zyler tuts at the drama queen Paladin and gets in a dig- something about trying to help out the followers of one of the lesser gods.

Sister Garaele gives the guys an ornate silver comb, a gift to the Banshee and payment for her question, and warns the holy duo that they must be on their best behaviour with the undead terror.

This is Quest #7 Visist with Agatha.

Garaele gets in close to the Paladin and asks him whether he meant the things he said to her last night… Grimm was roaring drunk last night, it’s a wonder he can remember his name this morning.
“Of course I did- every word.” He states and then gets his face kissed off by the Priestess.
And then a moment later slapped hard enough to leave a hand-print on his cheek for the rest of the day, the good Sister storms out of her shrine, leaving the Paladin gawping- what did he say to Garaele last night?

Hellwhip, Zalt and Ken Lee head off for what turns out to be an interview with Halia Thornton of the Phandalin Miner’s Exchange, Halia is keen to hear all the details of the adventurers attack on the Redbrands, and delighted to hear that Glasstaff is dead. She worries however when Zalt shows her the note from the Black Spider to Iarno/Glasstaff- she was right, the conspiracy is larger yet. 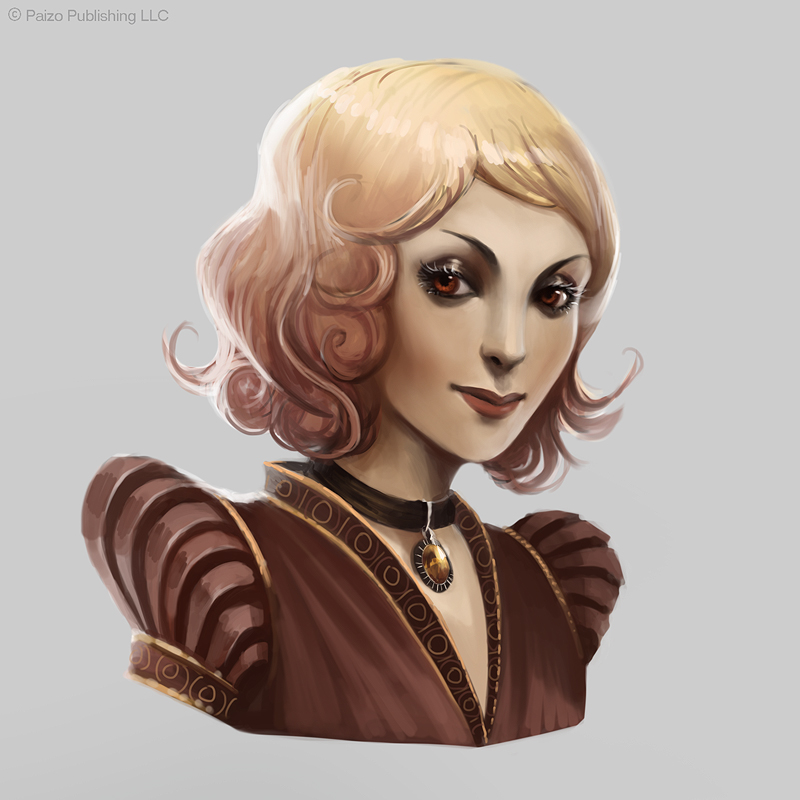 The guys are a little suspicious, although keen to stay on the right side of Halia- they have a shed load of gems and precious things they want her to buy, many questions are asked- Halia sees where the interview is going, the guys have turned the tables on her. She assures the fellows that her intentions are honourable, or at least reasonable- she hopes in the future to be Town Master of Phandalin, and to see the mines re-opened, including Wave Echo Cave; in short there is money to be made here.

The guys are assuaged, and a short while later significantly richer- Halia gives them an excellent price for all of the gems and jewelry they found, they’re 250gp richer; 350gp after she pays out the 100gp reward she promised for bringing down Glasstaff and the Redbrands.

Next stop the Lionshield Coster.

4) A Bit of Business with Linene.

The gang come together for a little light shopping- new armour for many of them and a new weapon, a maul, for Grimm- his ‘Skeleton Smasher’. 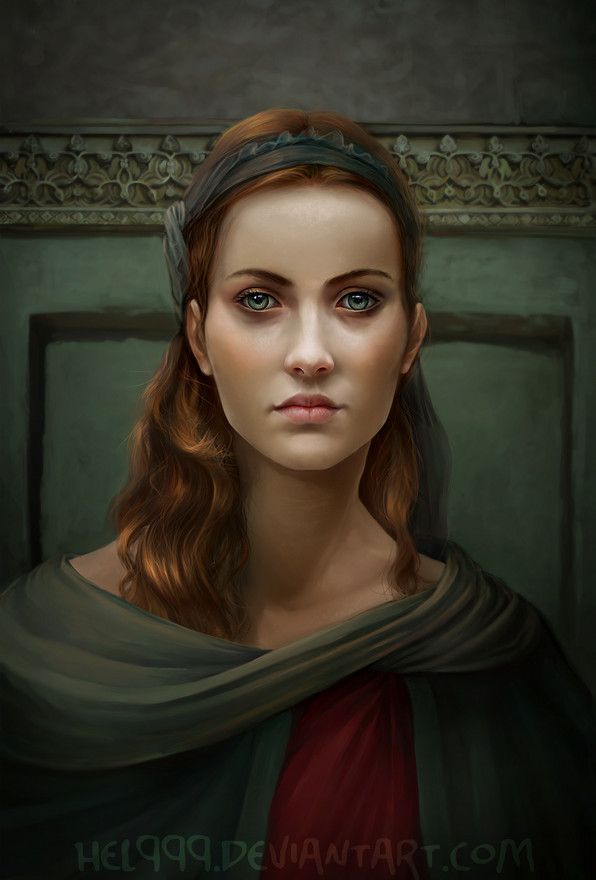 The adventurers also arrange for Linene to get her cart ready, they’re going to head back to the Cragmaw Goblin’s hideout as soon as they finish their round up in Phandalin, and recover Linene’s lost shipment.

5) Sorry is the Hardest Word.

But not for Harbin the Town Master, the fat fool it seems has learned his limitations the hard way, he’s glad of Sildar and gladder still of the adventurers actions, Harbin apologises profusely for being taken in by the Redbrands. 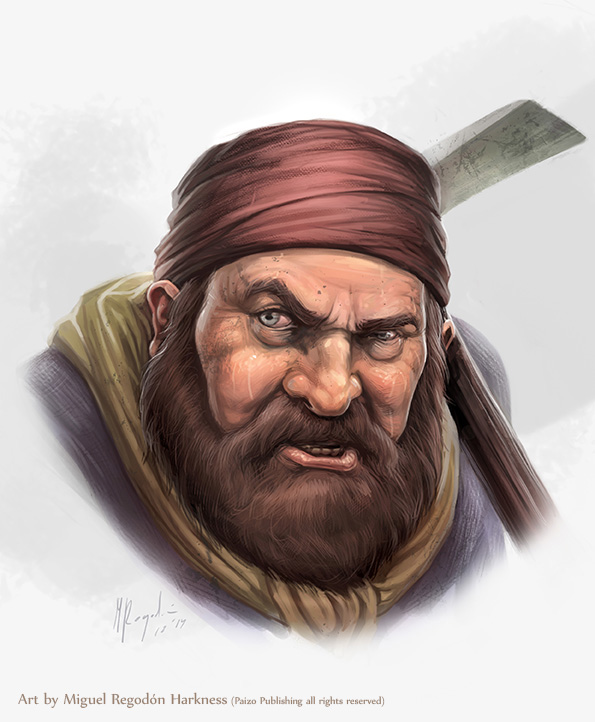 Sildar dips deep into Phandalin’s coffers and rewards the guys with an additional 200gp for destroying the Redbrands, they’re officially loaded.

Daran Edermath, the retired adventurer, is delighted to see our fine fellows, he breaks out the scrumpy- a short while later with the guys suitably refreshed Daran tells the adventurers about a problem he has. Or rather a potential problem. 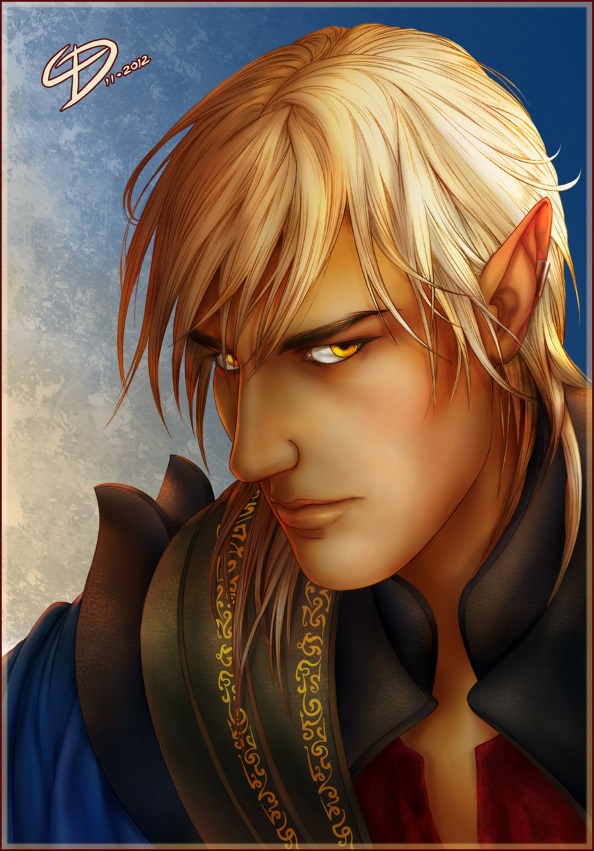 The Half-Elf explains that a pair of miner’s he spoke to a short while back went off course and ended up getting close to an old tower fort known to the locals as Old Owl Well- so named because the ancient ruin used to have a decal of an owl on the tower, which also contains a well. The miner’s said that they saw a bunch of men wandering about in the compound there- on closer inspection the ‘men’ turned out to be Zombies. Daran would like the guys to take a look, if they’re heading that way- soon after a price is agreed, a very low price because the guys are good friends with Daran.

This is Quest #8 Check out Old Owl Well. 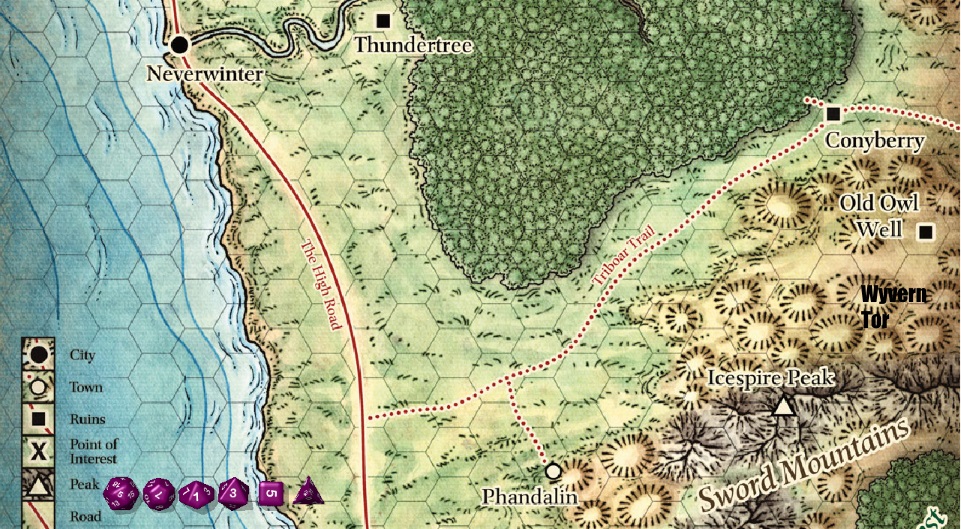 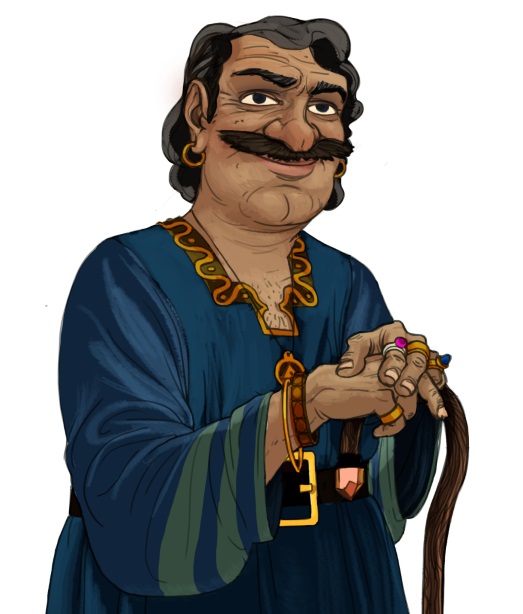 Last stop is Barthen’s Provisions, the guys stock up- sell the beaver pelts they found in the Redbrand’s lair, and then chat with Barthen about what he knows about Wave Echo Cave- the guys heard a rumour earlier in the day. Barthen hasn’t a lot to say- he remembers the Rockseeker brothers talking about the long lost cave in the Stonehill Tavern one evening, that’s pretty much it, the guys learn nothing of interest.

Time then to head back to the Cragmaw Goblin’s hideout.

The adventurers have come full circle, they head back out into the wilds with a couple of stout fellows supplied by Linene to help carry the merchant’s goods, her missing shipment. The venture is an easy success, with no attacks en route- and nothing to report either at the ambush site, or else in the Cragmaw Goblin’s hideout- the place is as they left it, save a few of the bodies have been eaten by wild animals.

The missing shipment is recovered and taken back to Phandalin, Linene is of course delighted and rewards the guys with another 50gp.

At which point my router finally gives up the ghost and the session ends.

Short but sweet, we had a laugh in places, but hopefully much more of a challenge for the guys next time, see you then.

Hellwhip has enough XP for Level 3 at last, he just needs a long rest.

New Info- The guys need to go to see Agatha the banshee, she has information that Sister Garaele’s superiors need. They are also charged with destroying the Orcs at Wyvern Tor for Harbin the Town Master. Lastly Daran wishes them to check out Old Owl Well- Zombies have been reported in the area.